Every 5 hours, a person dies from mouth cancer.  A startling figure when you consider that the incidence of mouth cancer has increased faster than any other cancer in the past 25 years.

During 2011, the number of new cases of oral cancer in the UK increased to over 6000, which is an increase of 1600 on the incidences reported in 2010. Although cases are higher in those who drink alcohol, smoke heavily or have a poor diet, it’s important to note that experts believe the rise in the number of cases is due to infections by the Human Papilloma Virus (HPV) with patients tending to be non-smokers and are often younger, for example many are under 40 years of age

City Health Care Partnership CIC are hoping to play a part in reducing these statistics by launching a special campaign this November to tie in with ‘National Mouth Cancer Awareness Month’.

Gill Greenwood, Consultant in Special Care Dentistry and a Specialist on Oral Surgery at the City Health Care Partnership CIC comments: “Dentists have a key role to play in the early detection and prevention of this disease and with November being National Mouth Cancer Awareness Month, The Salaried Dental Service at City Health Care Partnership and NHS East Riding of Yorkshire have set up two open sessions across our region, to raise awareness, provide advice and carry out free mouth cancer screening sessions. “

Spotting the disease early can increase the chances of survival to more than 90% so early detection is crucial.

The sessions are free and you don’t need an appointment, just simply drop in at The Courtyard in Goole on Friday 9 November and at Bridlington Spa in Bridlington on Tuesday13 November 2012 anytime between 9am and 3.30pm. 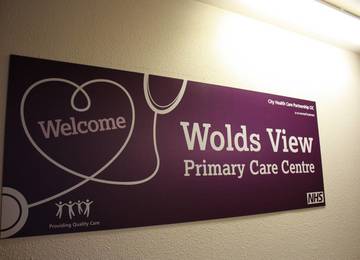 Patient champions are ‘walking with the wounded’

Patient champions at Bridlington’s Wolds View practice have been fundraising for veterans’ charity Walking with the Wounded, which supports ex-soldiers to gain skills and qualifications to build careers outside the military.