Will Dennison with Helen Clark (left) and Yvonne Frankish (right)

Will Dennison, (11), recently came to his friend’s rescue using skills learned on an IMPS (Injury Minimisation Programme for Schools) training course run by City Health Care Partnership CIC (CHCP CIC). IMPS have trained over 27,700 year 6 pupils since the project was first launched in 2001.

Will is a student at Eastfield Primary School, Hull, where the IMPS trainers had shown the children basic First Aid and what to do if someone has an accident. Will wrote an account of how the training had helped him when his friend Christian came to grief in a skate park.

“On Monday last week after school I went to the local Ferriby skate park and there was two boys, one called Lucas and one called Christian. About half an hour later Christian fell off his scooter and cracked his head open on the concrete near his eye. So I told him not to move and to stay still. I rang the ambulance and told them that we are at Ferriby skate park and they said if he’s sick then turn him on his side so it doesn’t block his airway and I said I’ve done the IMPS quiz and I know what to do. About 20 minutes later the ambulance came and took him to hospital.”

Donna Shipp, IMPS co-ordinator for CHCP CIC in Hull, is delighted that Will was able to use the training to help his friend. “It’s fantastic to hear stories like Will’s and to know that the training we do really can make a difference if someone has an accident,” she said. “The children very much enjoy learning about what they can do if something happens and they take it all in. Will did everything right and may well have made a big difference to his friend’s recovery.”

After the most recent training session at Eastfield in October 2015, one teacher commented, “This is a fantastic visit - we love to be involved every year. Vitally important information delivered in a highly effective way. Great mix of information and practical session.” Another said, “The children really enjoyed the session and commented on how interesting it was. Very useful; thank you.”

For more information about the IMPS team, go to www.chcpchildservices.org.uk/pages/imps-team or phone 01482 617709.

www.kooth.com Kooth, a free, anonymous online counselling and emotional wellbeing service is now available for 11 to 25 year-olds in Hull. 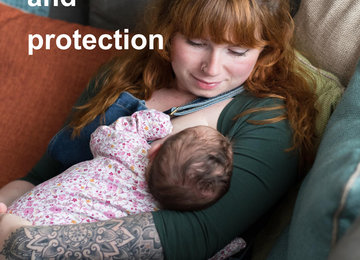 Local health and care provider CHCP CIC are celebrating today after achieving UNICEF baby-friendly accreditation for their children and young people’s services for the second time.